Skip to content
Write your Pediatric SLP, OT and PT evaluation reports in a fraction of the time. Learn More. 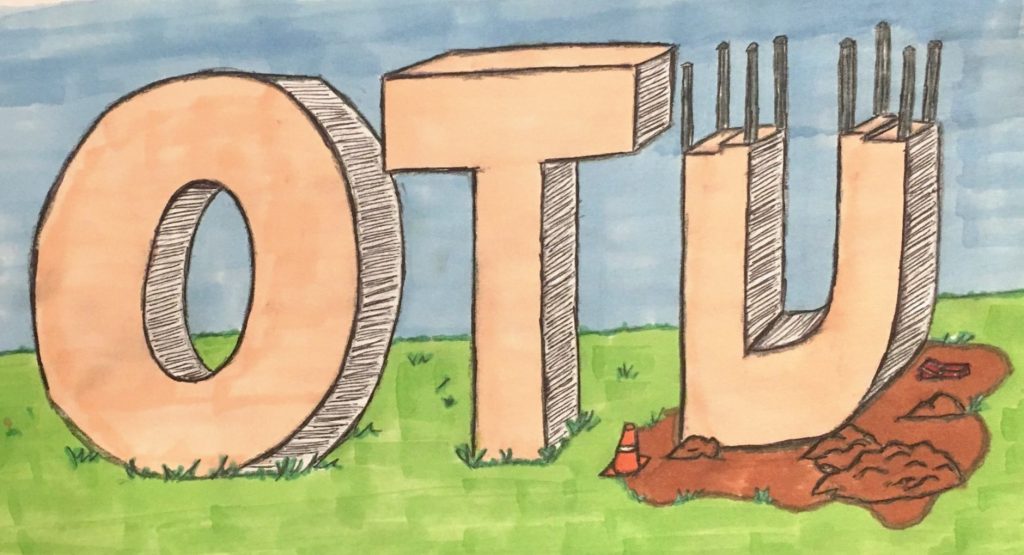 I have been an occupational therapist for 18 years and I love it. Back in 2015 I was convinced by a coworker over a beer and free community buffalo wings at the local drinking hole that I should get my doctorate in occupational therapy.  I only have a bachelors and was maxed out on pay in my school district and pretty much any other district. The pay jump from a bachelors to a doctorate would have been substantial ($20k a year) in the district that I was working in and I thought it would pay itself off in a couple of years or so. I chose Chatham University purely based on price per credit, location, and how many visits to campus I would need to make.  The program was only 18 months and I could still work, so why not? Heck, I actually like stimulating the old brain every now and then.

I graduated college in 2001, and wasn’t quite sure what to expect with online classes. It turns out it wasn’t that bad at all as long as I was organized, didn’t value time with loved ones, didn’t care for sleep, didn’t mind blue light late at night, and being engulfed by EMF waves for hours at a time. Needless to say without these small details, I don’t have anything negative to say about my overall experience.  I met some great people who were very supportive throughout the whole process and I actually wish we had a couple more campus visits since that was pretty much the highlight of my experience. It was mostly research, very few tests and a lot of forum discussions.  Oh the forum discussions, how I hated thee. So hard to critique someone else’s work when I had no idea what I was doing. One suggestion that I have, that I learned by trial and error, is to read the rubrics since they pretty much tell you what you need to get a good grade.  Most of the work was writing our capstone chapters. We were partnered with another peer to proofread each other’s chapters. This was a little stressful for me, because I basically write at about a sixth grade level, so anyone’s writing above my level sounded great (sorry Teresa, you apparently graduated anyway with my feedback). Once I got into a rhythm of completing assignments, looking at the rubrics, and adding my quota of forum responses, it appeared that this process was going as smooth as it can get until April of 2016.

Even in my foggy sleep deprived brain, I do remember April 14 quite vividly.  It was chilly that evening and the ambience was dark with a slight howl from the wind outside, mixed with my wife’s moans from labor contractions. That night my second child was born. After I did my very thorough health check of my son which included: Is he breathing… check, and does he have ten fingers and ten toes … check, I was able to let out a sigh of relief that I had been holding in for nine months of worrying whether or not my son will be healthy. That relief didn’t last that long.

While on paternity leave, I was notified that my job would not be renewed for the following year. I’m used to switching jobs every couple of years so that wasn’t the major problem. The problem was that my capstone was based on the population of students I was working with at that particular school. As a family, we also decided to make the move to New Jersey since I was in a transition between jobs. The job market in New Jersey is much different than Massachusetts. From my experience, most school jobs in New Jersey were contract jobs and that district positions were few and far between. The two issues that I came across while searching for a job was 1. Finding a school position that would match my capstone was impossible and 2. The available district jobs would not start me at the level of my experience which means a major pay cut. For these reasons, I decided that it would not be beneficial to continue with my doctorate program even though I only had one quarter left (wasn’t worth adding another 10k to my student debt).  Also, was it worth adding the “D” to my initials after my name even though it doesn’t necessarily make me a better therapist? What it would do is make me more expensive especially working directly for a school district. When working for a contract company, having a doctorate doesn’t always equal more pay. I started to realize (or at least what I tell myself) that with my 18 years of experience I would be pricing myself out of a job (even more so with a doctorate).  Like they say in real estate, you don’t necessarily want to have the most expensive house on the block. With all the cuts in education, why would a district hire me over a new grad or someone with less experience when we technically have the same job description but I cost 50k more? The only jobs that were available, with “decent” pay, were contract companies which I ultimately decided to do. It appears that contractors pay based on your ability to be able to negotiate more so than experience or you can cap out on pay fairly quickly.

I don’t regret going back to school as it was a great learning experience and overall enjoyable (I missed the IRB process which I hear is not that enjoyable).  I definitely wish I didn’t have that extra debt that I will be paying off until I die. I did test out my report writing idea during my Entrepreneurial class which ended up turning into Double Time Docs.  Double Time Docs would have been very helpful during my time raising a feisty 3 year old and a newborn, writing a capstone, working full time, and being present as a father and husband. Trying to tackle the responsibilities of meeting school assignments, work documentation, and writing reports wreaked havoc on my sleep and my relationships with my family. That hour or two that I could have saved using Double Time Docs could have been put towards more sleep, which means sleeping at midnight instead of 2 or 3 AM. I could have been more present with my kids and family instead of falling asleep on the couch, at red lights while driving for a quick power nap, or on the floor as the kids used my lifeless body as a play structure. Physically I was present but mentally I was either asleep or thinking about my assignments or the reports I had to write.

So do yourself a favor, try Double Time Docs and use the time that it saves you to spend on yourself, your family, friends, or learn how to be a mime because you’ll never get that time back.

And if you are currently in doctorate school or plan on getting your doctorate. Email us at info@doubletimedocs.com and tell us what school you are attending and what capstone you plan on working on.  If you end up subscribing we’ll give you 3 FREE Doc Credits to help save you time so that you can work on your schoolwork.

Jason has been a Pediatric OT for more than 19 years and has worked all over the country in many school districts. He’s the creator of Double Time Docs, an online software for pediatric OTs, SLPs and PTs that speeds up evaluation report writing by leaps and bounds.

What’s It Like Being a Minority Male Occupational Therapist?

Teletherapy Has Changed Me